The History of Cannabis in the US & Beyond 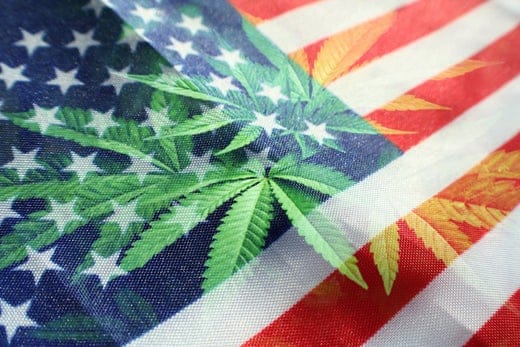 These days, you can buy cannabinoid isolates and buds with the click of a button. But it has been a long road for the cannabis industry to get to this point.

The remnants of this magical green plant are etched into the annals of the past, and its mere existence was either seen as a blessing or a curse to generations of our ancestors. In this article, we will dive into the rich and varied past of cannabis, both in the United States and around the world.

Egypt: The first use of cannabis most likely dates back at least 5,000 years. It was said to be an ingredient called kaneh bosem, used in a holy anointing oil by the Israelites.

This oil was referenced in the original Hebrew version of the book of Exodus. The Ancient Egyptians were said to use cannabis in the treatment of glaucoma and for reducing inflammation.

China: In 2,900 BC, Emperor Fu Hsi called cannabis a popular medicine. The Chinese had over 100 medicinal uses for the plant by 100 AD. It is also possible that ancient cultures experienced the psychoactive properties of cannabis.

Central Asia: Iranian nomads in Central Asia called the Scythians are believed the first recreational users of cannabis. Herodotus, a Greek historian around 450 BC, described that the nomads would inhale the smoke from burning cannabis seeds and flowers.

This would make them high, and they would “howl with pleasure.” Hashish was popularized during the spread of Islam throughout the middle east and parts of Asia around 800 AD.

The correlation with Islamic followers occurred because the Quran forbids alcohol and other intoxicants. Cannabis, however, was not one of these intoxicants specified.

India: Ancient India was known for its history of marijuana use. In 1,000 BC, Indians used a combination of marijuana, milk, and a few other ingredients and called it bhang.

It was used as an anti-phlegmatic and to relieve pain. It is still used in present-day India. Here are some other medicinal uses of cannabis as believed by ancient Indians:

Cannabis also was used for spiritual purposes in India. The Indians believe that Shiva, the Hindu god would eat the leaves of the cannabis plant after a family argument.

They sometimes referred to Shiva as the Lord of Bhang. In the Vedas, a group of religious texts from ancient India, cannabis was said to be a herb that would release anxiety from people.

This origin of the plant was depicted in one story as a drop of nectar falling from heaven to the Earth and growing into the cannabis plant. From these areas, the use of cannabis then spread to Africa, then to Europe, and finally to the Americas.

In Calcutta, cannabis was first used medicinally in the modern age during the 1830s. This was when Irishman Sir William Brooke O’Shaughnessy found that cannabis could relieve rheumatic pain and still the convulsions of an infant.

He ended up publishing one of the first papers on the medicinal effects of cannabis. By the end of the 19th century, the use of cannabis had spread to pharmacies and was prescribed by doctors in Europe and the US.

Rome: Ancient Roman medical texts in 70 AD listed cannabis as a cure for earaches and a way to decrease libido. They would also use the plant roots to treat gout, arthritis, and pain.

England: Evidence of the use of cannabis in Britain dates back to seeds found in Micklegate that were associated with a 10th century Viking settlement. The peak of cannabis cultivation in Great Britain was in the 16th century. The British documented later on documented these medicinal purposes for cannabis:

Cannabis in the United States

Cannabis was brought along with the colonists to America for the following uses:

It was heavily used through the colonial period and even spread to Spanish missions in the southwestern US. These plants were low in tetrahydrocannabinol (THC), the cannabinoid which causes psychoactive effects.

Recreational marijuana wasn’t popularized in the US until the early 20th century. It was introduced by immigrants from Mexico during the Mexican Revolution. It was during the Great Depression that Americans became resentful of the Mexican immigrants’ psychoactive import, labeling marijuana as “evil.” So, riding in the wave of Prohibition, 29 states outlawed cannabis by 1931.

History of Cannabis Legality in the US

After states began to outlaw cannabis on their own, marijuana was criminalized by the federal government with the passing of the Marihuana Tax Act of 1937. An excise tax was put on the sale, possession, and transfer of hemp and hemp products.

And it criminalizes all uses of cannabis that were not industrial or medical. Industrial hemp was still grown and utilized in the US through World War II. A surge occurred, however, when the Philippines fell to Japanese military pressure.

This meant the US lost one of its main sources of imported hemp fiber: The Philippines. Hemp was cultivated on a wide scale till the last hemp fields were planted in 1957 in Wisconsin.

Classified as a Controlled Substance

Hemp fell away in 1970, due to the Controlled Substances Act. This was the beginning of President Richard Nixon’s “War on Drugs.” Marijuana was at that time added to the list of Schedule I drugs along with substances like heroin and LSD.

No medical use was allowed. The National Commission on Marijuana and Drug Abuse (the Shafer Commission) pushed back against the harsh measures in 1972. They released a report called “Marijuana: A Signal of Misunderstanding.”

It called for partial prohibition and lower penalties for possession of small amounts of marijuana. It was ignored by government officials.

Marijuana was also demonized in the famous D.A.R.E. (Drug Abuse Resistance Education) program of the ‘80s and ‘90s, further enforcing the idea that marijuana was a “gateway drug.”They believed smoking marijuana could give you a high potential of using harder drugs down the line.

Legalization in Some States

Things began to turn around in 1996. This is when the state of California passed the Compassionate Use Act, which legalized medical marijuana. As of this day, many other states have followed suit.

Additionally, some states have even legalized the recreational use of marijuana, the first of which to do so were Colorado and Washington in 2012. This set the stage for a change in the opinion about cannabis in the minds of many Americans.

Changes on a Federal Level

In the following years, the Farm Bill of both 2014 and 2018 loosened the federal grip on hemp. It was first distinguished from marijuana through the amount of THC content and then taken off the list of Schedule I illegal substances.

This means that hemp and its derivatives are now federally legal. That being said, marijuana is still illegal federally. The laws constantly shift and change, but we are seeing a gradual change towards more and more legalization as time has gone on.

We will continue to follow the controversy and medical findings. For a more in-depth look at the bumpy path of Green America, we’ve included a detailed timeline of its tumultuous history.

Timeline of Cannabis in the US

The quickly evolving world of ours has brought us fast cars, access to all knowledge ever discovered at our fingertips, and the ability to communicate with people oceans away. But one thing that remains constant over the centuries is cannabis.

We still use it for its medicinal, recreational, and even spiritual purposes. And as the government is loosening its stronghold of these useful substances, it has become more accessible than ever at your local dispensary or online store.

Smoke one for a promising green future where we play a part in cannabis history.

Disclaimer: We want to state that this content is for informational purposes only. It is not provided to diagnose, treat, cure, or prevent any disease or ailment. It should not be interpreted as instruction, medical, or legal advice. It should not displace the advice of your doctor or lawyer. We recommend talking to your doctor to prepare a treatment plan for any diseases or ailments.